My recent e-mail correspondence with author and columnist Sarah Kurchak. Look for Part 1 on medecoded.com 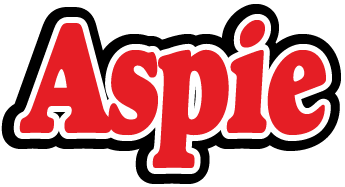 The debate about an interior monologue put me in mind of how my brain works. People have said I spend too much time “in my head”, but I like the way I think.

I’m a chronicler, a savourer, a hunter-gatherer of words and sayings. Some are by others; some are by me; a few are about me.

A saying I wrote down in my teens came back to me the other day: “Life is a dangerous thing–people often die from it.” A little over the top, but then so was dancer Mikhail Baryshnikov, who had just defected in Toronto that summer of 1974, while on tour with the Bolshoi. None of us is getting out alive. This struck me during lockdown as I feel the urgency to get things done (like starting this blog.)

On March 25 I wrote this in my diary: We were born for this–born to shine in such a dark time as this. Again a little melodramatic, only it’s true.

https://www.youtube.com/watch?v=dGI9nHte9ic This song, Born to Try, by Delta Goodrum conveys my resolve to try and communicate love and acceptance.

All my life I tried to force things to happen. In my twenties, long before I knew anything about autism, I journaled, “Don’t try to engineer a new thing. God will give [you] a task when He’s ready. Be content to wait.”

On June 11 this year, a reflection by Choctaw elder and retired bishop Steven Charleston appeared in my feed, posted May 31. I quickly flipped open my journal back to March and gasped, as he confirmed my words.

“Now is the moment for which a lifetime of faith has prepared you. All of those years of prayer and study, all of the worship services, all of the time devoted to a community of faith: it all comes down to this, this sorrowful moment when life seems chaotic and the anarchy of fear haunts the thin borders of reason. Your faith has prepared you for this. It has given you the tools you need to respond: to proclaim justice while standing for peace. Long ago the Spirit called you to commit your life to faith. Now you know why. You are a source of strength for those who have lost hope. You are a voice of calm in the midst of chaos. You are a steady light in days of darkness. The time has come to be what you believe.”

It has taken decades for things to become clear, but I’m convinced that Nothing is Ever Lost. Three years after my diagnosis and a week after I spoke of my journey at my first major event, an adult autistic panel which John Elder Robison witnessed, my therapist wrote in farewell as she moved on from that clinic: about My Journey Out of the Fog:

You have taken courageous steps in understanding your differences, your desires for connection with yourself, others, and with God. Remember that you will radiate a bright light…You are a woman of passion and you use this passion to advocate for similar women. May you bring brightness into many other lives. April 2012

I’ll be true to what I believe, even if I die trying. Tiny baby steps.

I must confess when I first admitted I was autistic, I didn’t use the word ‘stim.’  I insisted it was’ self soothing,’ although that is only one of several purposes.  I had so much internalized ableism that I was ashamed and tried to mask my habits: “Oh no, I’m not autistic when I’m alone.” I told myself.  When some gatekeepers interviewed a friend to vouch that I qualified for a medical study, she was shocked to be asked, “Does she flap?”  Err, no she maintained, completely unaware that I had many stims.

A good video to debate whether or not to be yourself and #TakeTheMaskOff is this one by Yo Samdy Sam:  https://www.youtube.com/watch?v=t9COmZ2HwXY&t=257s Stimming is discussed starting at 15:30.  It’s not by accident that most autistic women are armchair social anthropologists!

Of course, too much masking leads to anxiety and possibly to meltdown and/or burnout, but I was as yet unable to comprehend this.  I evolved upon reading the accounts and watching the videos of younger, more free-spirited advocates (some resources listed below.)   I was forced to admit that stimming was healthy and had its place.  Now there are celebrations like Stimtober and Day of the Stim.  Techniques that try to eliminate the stim are frowned upon.

I think I was scared of Yet Another Label, as I’d been rather weird all my life.  Almost a decade apart I received two radically different labels.  One was instantly believed, earning me sympathy and offers of support.  The other was hard to disclose and even harder to get acknowledged.

I am not famous like Olivia Newton-John, the breast cancer survivor, or actor Daryl Hannah, who was believed when she announced she was autistic.  Olivia has continued to receive loads of encouragement and love, especially on the cancer’s recent return.

Both labels have affected my self esteem and raised my anxiety level.  What has this got to do with stimming, and why am I free to do it now, in my sixth and seventh decades?

Growing up and navigating adulthood undiagnosed meant I constantly studied others in order to fit in.  Things I did to calm myself–like humming, nail peeling and scab picking—or to ground myself like sitting with my feet curling around the chair legs, were not cool.

Some things were invisible, like chewing the inside of my mouth, or looking at light through a prism or kaleidoscope, or reading a book over and over again until its characters were old friends.

Mostly I stimmed with music, snatches or earworms would run through my head, sometimes from the moment I awoke.  Of course, everyone jumping up and down at concerts is stimming, and no one pays any mind to it there.  I have to thank Agony Autie for turning me on to stim dancing.  This is A THING.

How odd that later in life, Daryl Hannah has married Neil Young:  I tuned to many of his songs, not typical fare for a twelve-year-old.

Love lost, such a cost Give me things that don’t get lost….

I can’t tell them how to feel—Some get stoned, some get strange

That one got me through a dreaded swim class and a chlorine-choking changeroom.

Or this sad lament of an absentee father, when my parents were fighting and I couldn’t make it better (as though that were up to me.)

Then, thankfully, I spent many long hours at the piano, both in a deserted classroom and at home when I was supposed to be practicing my classical repertoire, picking out the latest Elton John or Paul McCartney classic.  I didn’t know yet what a broken heart was, but deep inside I expected one.

All I know of love is how to live without it, I just can’t seem to find it—the late great Karen Carpenter.  (Goodbye to Love, 1972)

I spent my first five decades on this planet trying to find out how to behave, Pretending to be Normal as the pioneering autiebiography by Liane Holliday Willey states (just had its 20th birthday—hurray!) So now,especially in this pandemic time, I can stim all I want—sit wherever or however I please, sing at the top of my lungs, play along with the amazing virtual mashups and concerts, stare at my painted fingernails, and dance like no one’s watching, because No One Is!

Many young people are reclaiming the term as a form of Autistic Pride.  More power to them.  Case in point is Agony Autie, who gave me back the joy of the stim:  https://www.youtube.com/watch?v=8bhT2R9HiLs She has several videos on her channel but this is short and sweet.

Over nine years ago I began compiling this list (I love systemizing things!) about two years after my own identification. It’s time I got some feedback: this is a work in progress. Comments on Twitter would be appreciated–I know these are mostly US and UK adults. It’s pretty clear that females and nonbinary individuals tend to get assessed later. I cut off at 1980, because it has gotten easier since then, as awareness has increased.
I know the list could use more POC and other nationalities. I hope to do some profiles of people included. They are fascinating and very different. What interesting company we keep!

Pictured is Sir Anthony Hopkins, diagnosed on the autism spectrum at age 70.

It is better to know late than not at all. #StillAutistic #AutisticElders #LateDiagnosed